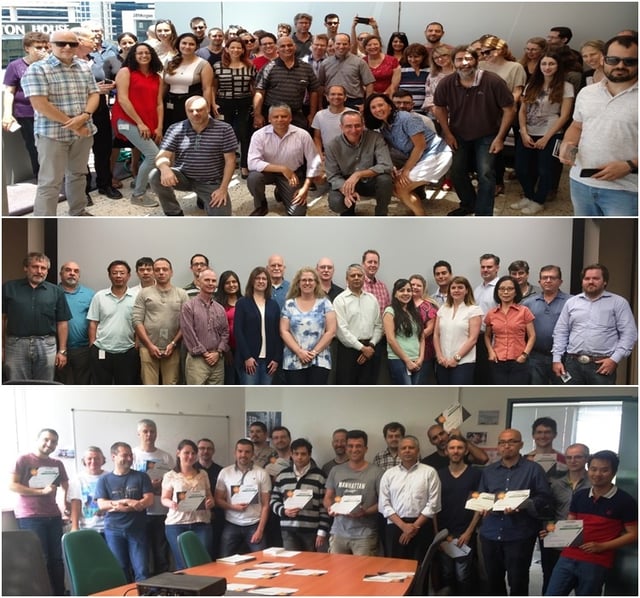 From Wikipedia: “A hackathon… is a sprint-like event in which computer programmers and others involved in software development… collaborate intensively on software projects. Some hackathons are intended simply for educational or social purposes, although in many cases the goal is to create usable software.”

While the above definition of Hackathon is correct, it is generic. The explicit purpose of the Paradigm Hackathon was to explore innovative concepts and ideas that could make their way into Paradigm commercial software and deliver significant new levels of productivity to our customers. The Hackathon is set up to free R&D teams from the constraints placed by roadmaps, processes, internal standards and methods, and allow them to run free in an environment of “organized chaos”.

The goal of the Paradigm Hackathon was to give all members of the Product and R&D teams an opportunity to flesh out new ideas that they might be passionate about but did not have time to work on during their daily schedule. As a guideline, the teams were informed of areas of strategic interest to Paradigm. These covered a wide range of categories, including improving software performance, usability and supportability, cross-domain integration, application of new science in each domain, software build and engineering innovations, cloud adoption, native cloud applications, and the application of machine learning to solve G&G problems.

The response was overwhelming. Teams from every R&D center participated. The teams were formed ad hoc on a voluntary basis. Team members came together based on their common interest in exploring a specific idea, with each individual contributing his or her unique skills to the project. Teams often included employees from different global offices and disciplines. They took time off from their normal duties to devote two intensive weeks to collaborate and push their ideas as far they possibly could.

The results went beyond expectations. People “had a blast” developing innovative ideas that were outside of their regular workload. The Hackathon unleashed passion and enthusiasm, and encouraged the creative juices to flow. An astounding 60% of the ideas were advanced enough that they are now scheduled to be included in upcoming commercial releases. In the true spirit of the Hackathon, success was not measured merely on the basis of the number of ideas that made it into a commercial release, but also on developing an idea enough to be able to either prove its viability or reject it. “Fail fast” in this context is truly valuable, as a way of helping teams avoid blind alleys during the roadmap development process.

Our intent is to continue to hold annual Hackathons, in line with our long-time reputation as the most technologically advanced company in the E&P industry, and our ongoing mission to focus on technological innovations.